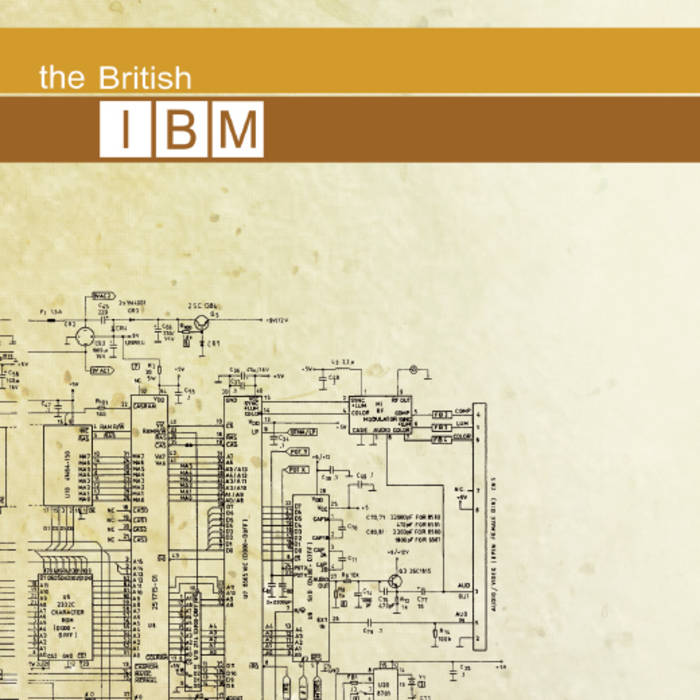 Scheming in the basement, making my equations
Gotta get the numbers right
All my fiends and material dreams
Gonna come along tonight

But what do you do, when your face turns blue?
And your heels are kicking on the floor
And you’re looking at me with a sense of glee
That I’ve never ever seen before

And all my situations are black
She said how could it be?
As I walked thru the back room to run
She said I’ll never see

The British IBM was formed by retro enthusiast and singer-songwriter Aidy as a way of combining his two passions; indie rock and vintage computing. Joined by an innovative rhythm section featuring bassist David and drummer Paul, the trio have been performing and touring together for two years as 'Aidy' before The British IBM was officially born on the 1st January 2012. ... more

Bandcamp Daily  your guide to the world of Bandcamp

Guest hosted by Tamar Osbourn aka Collocutor and Toshio Matsuura.